rEvolution: We the Light investigates issues of government, power and authority—particularly social and individual experiences of control and freedom from it. Inspired by the historic words “We the People,” I collaborated with middle to high school students to reinterpret Francisco Goya’s painting, “The Third of May 1808” at the Dayton, OH Armory.

“rEvolution: We the Light” references Francisco Goya’s historical painting, “Third of May 1808” and was generated in collaboration with teenage youth from Dayton, OH. The youth were interested in issues of power and authority in contemporary governments, how civil communities can positively affect change with such power structures.

We conceptualized, choreographed and filmed a black and white video interpretation of this historical painting. Then we built a video installation around it, and performed live with violinist, ShawPong Liu, as well as performance artist, Ari Tabei and her group of youth at the Dayton Armory. 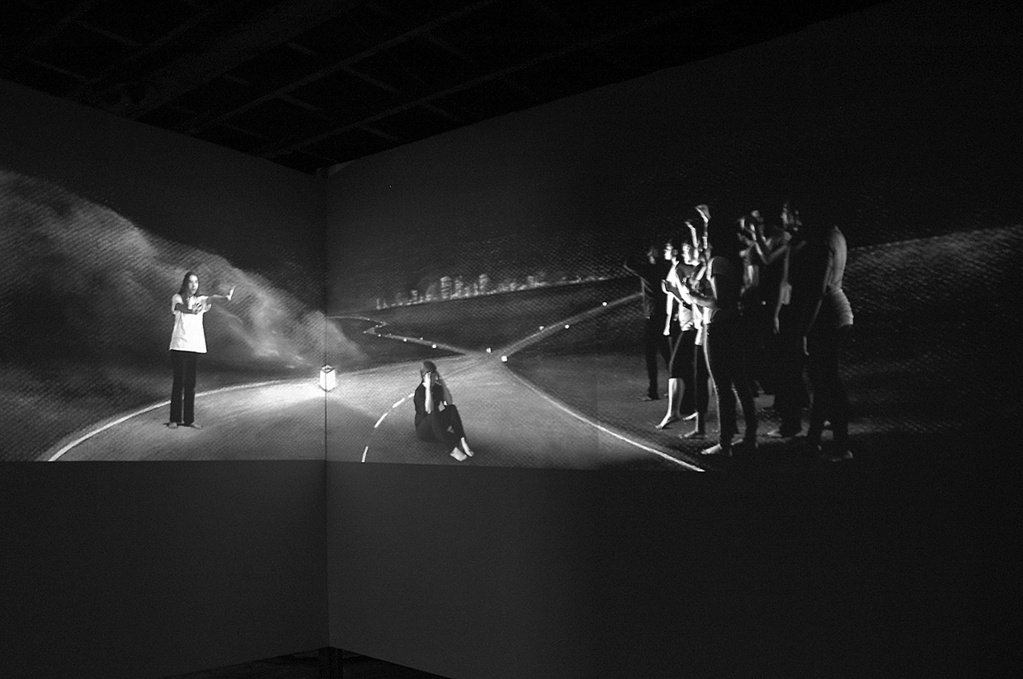 rEvolution: We the Light
video installation and performance at the Dayton Armory created in collaboration with local teenagers at Blue Sky Project, 2011

rEvolution: We the Light
installation view, video room and corridor of lights a video installation and performance at the Dayton Armory created in collaboration with local teenagers at Blue Sky Project, 2011 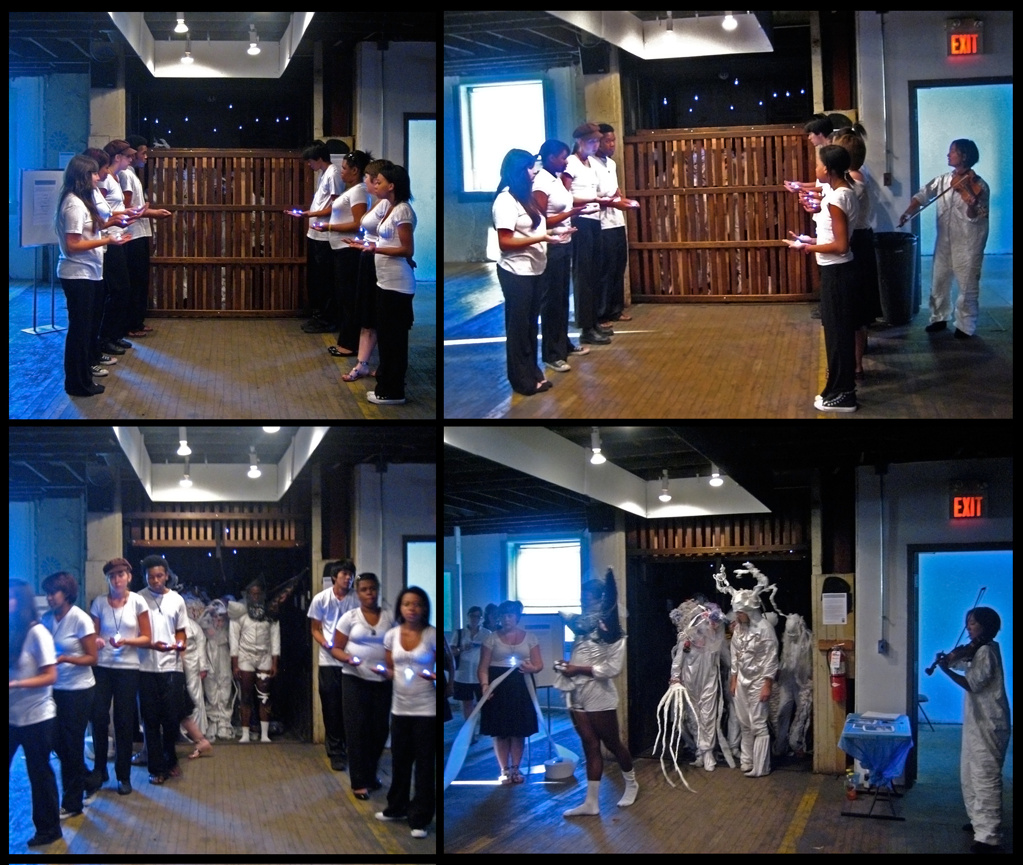