“Men are only a vapor; exalted men, an illusion. Weighed in the scales, they go up, together they are less than a vapor.” – Holman CSB scripture.

On the Brink is a body of installation work illustrating the precarious fragility of material culture and consumerism abstracted from familiar banal environments that warn about falling out of balance.

Water Wisdom: Miracle Workers focuses on the potency/impotency of advertising. Ambitious and elusive promises of beauty, comfort, and convenience swirl away, pointing to the relentlessness of text-based media today and questioning its impact in a disposable consumer culture.

In Uneasy Peace: Mr. Technology is Your Friend, translucent white words hover quietly in the corner like a virtual cloud, laden with timely news that crowds our mental space. Current social, political, and economic headlines are hand-cut and animated from newspapers and industry journals. A play on print versus virtual media, this work inundates viewers’ physical space with ever-present, accessible and seemingly important information.

A cylindrical screen suspended from the ceiling serves as a projection surface in the namesake work of the series, On the Brink. An animated storm tosses around the residue of everyday life: cell phones, laptops, pets, jewelry, cars and beer bottles, which float and swirl around and above viewers. 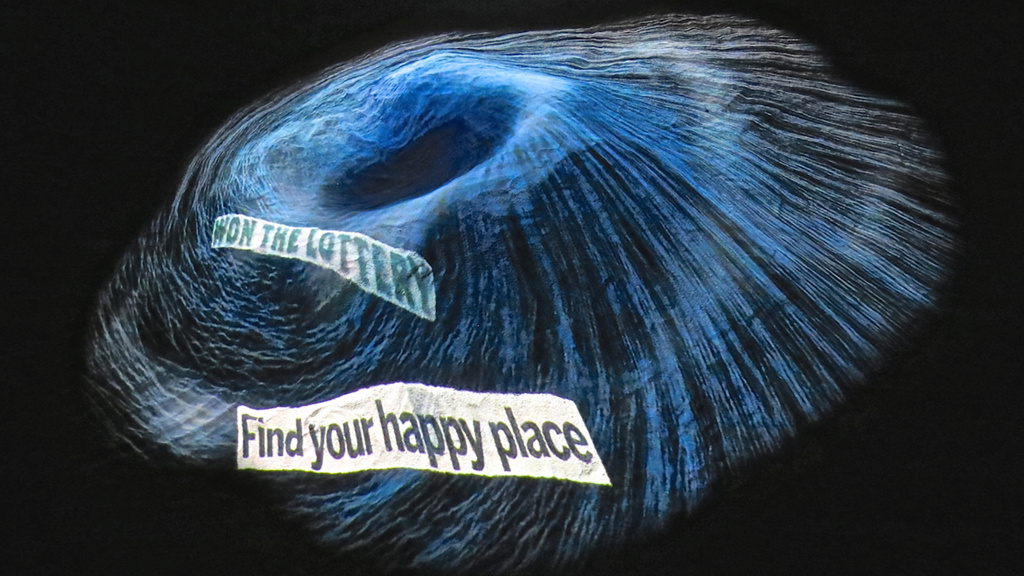 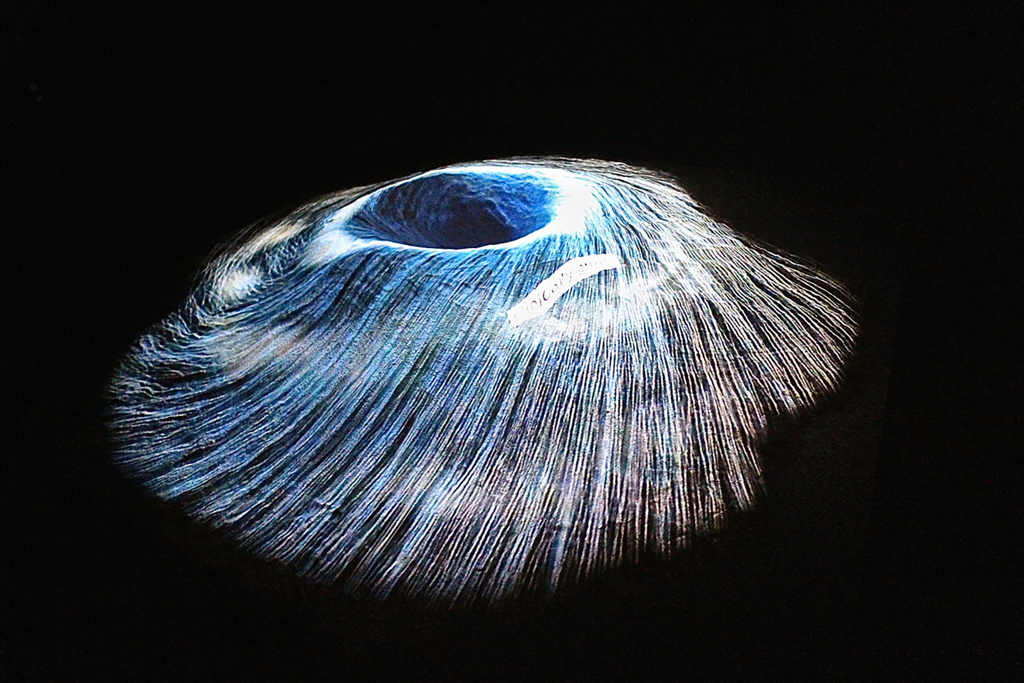 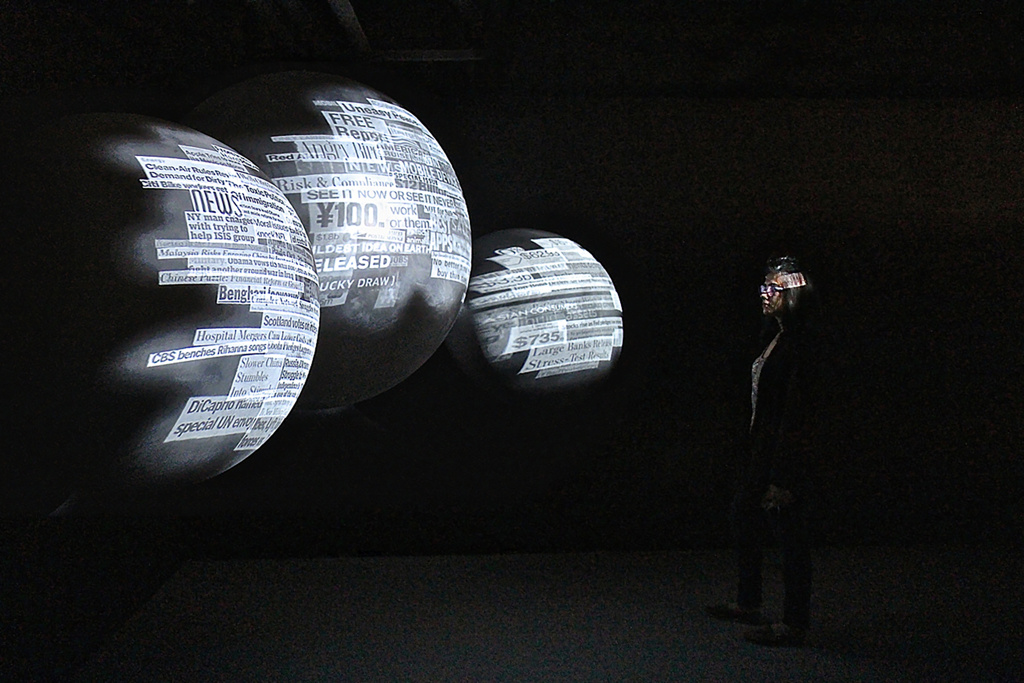 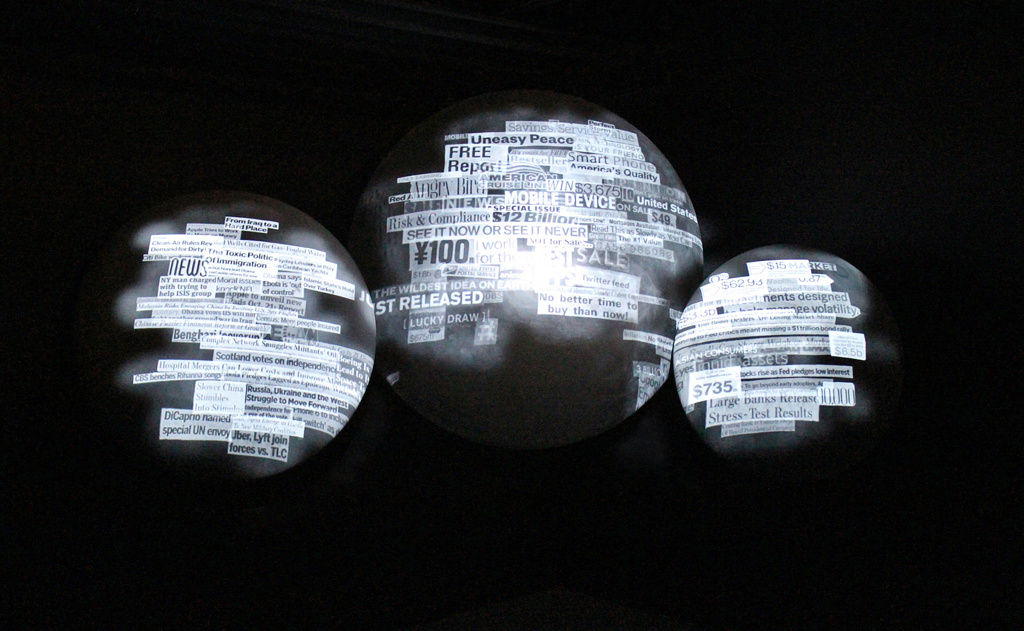 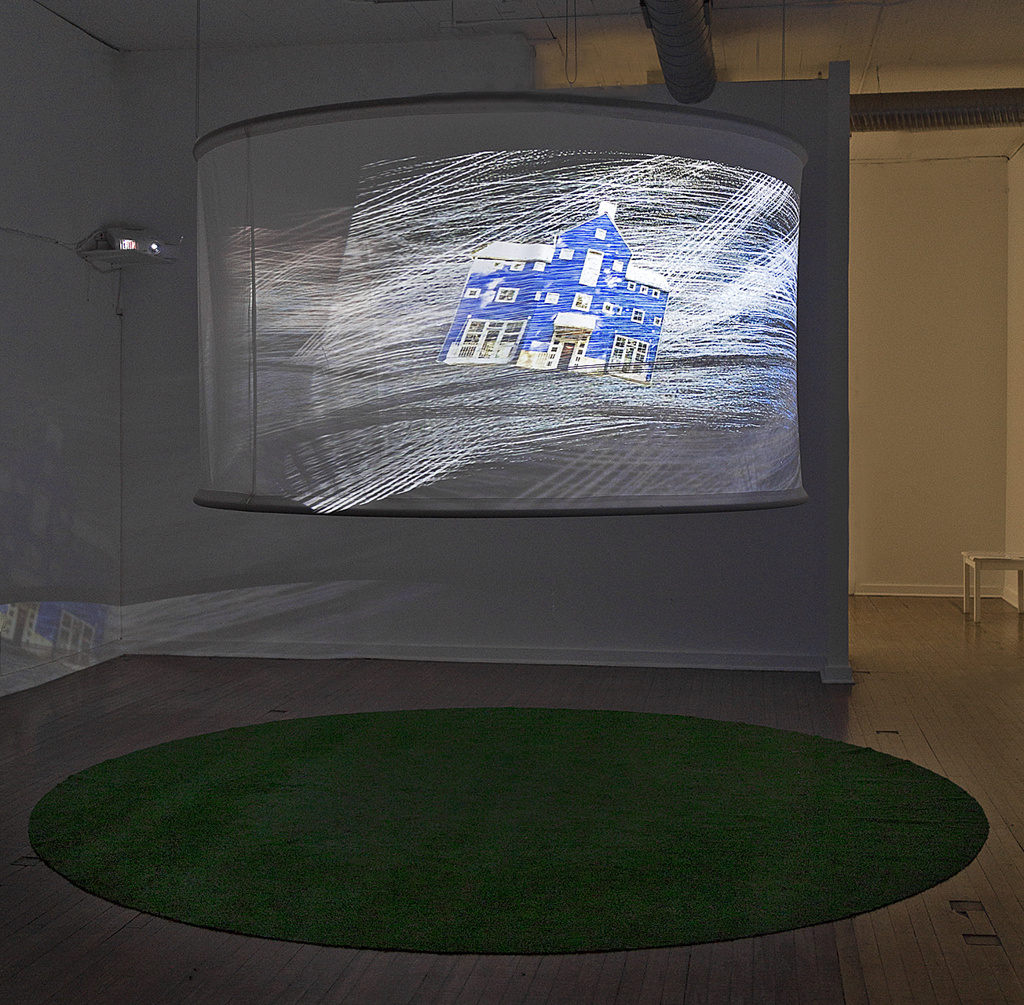 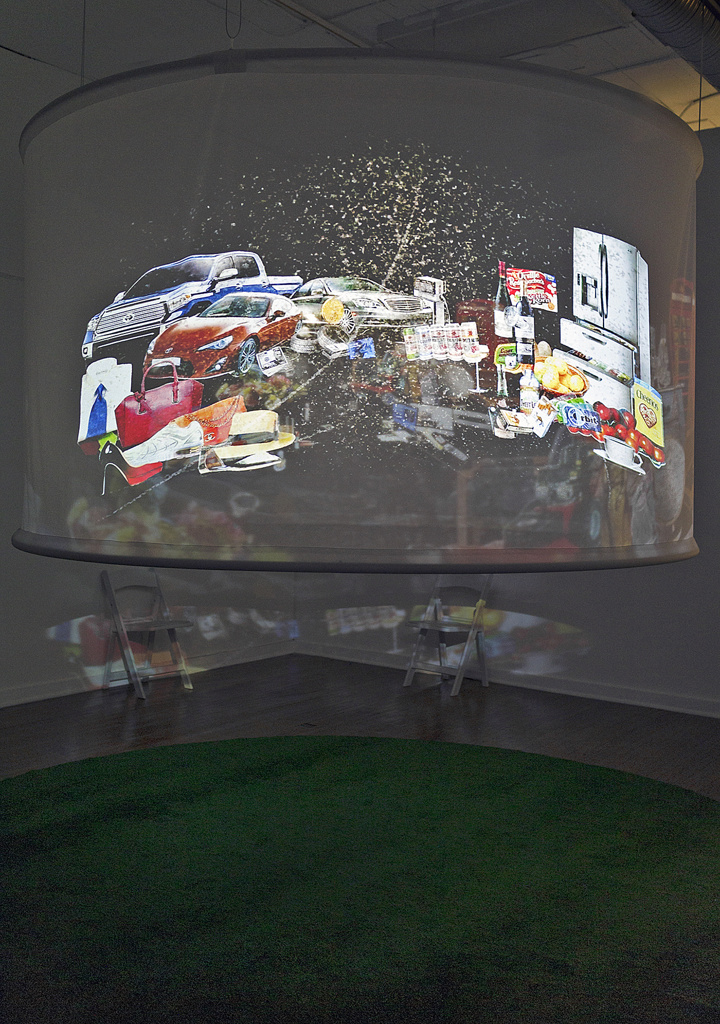 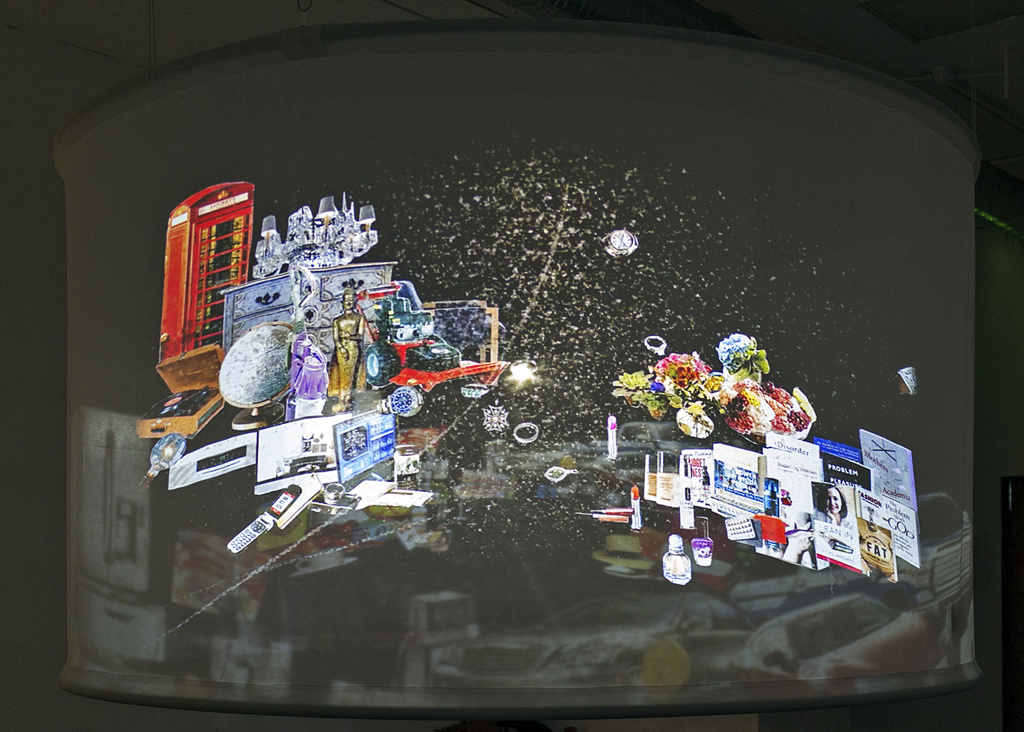