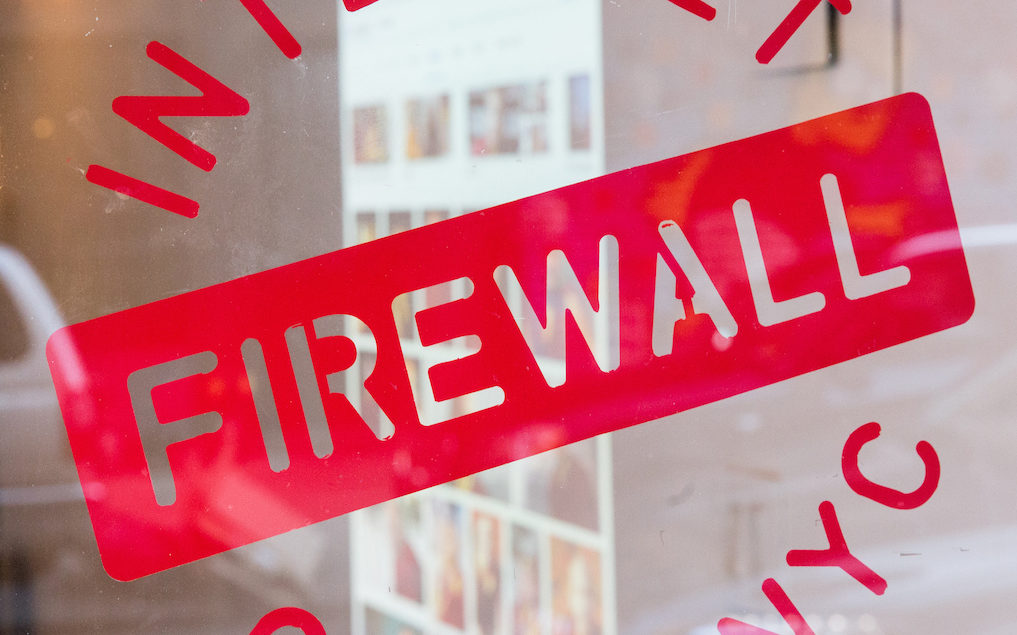 Manhattan-based artist Joyce Yu-Jean Lee never guessed she was in for a bit of international intrigue and even global headlines when she launched a show and accompanying discussion panels in February at a couple of alternative venues on the Lower East Side.

The installation, which lasted a month, was a pop-up Internet cafe dubbed “Firewall.” This is a reference to the “Great Firewall of China” (officially the “Golden Shield”) that filters the Internet in the People’s Republic.

At Firewall Cafe, visitors got to input search terms of their choice into computers attached to split-screen monitors set up to display simultaneously the results from Google and Baidu — the state-approved Chinese alternative, operating from within the Great Firewall. The installation was hosted by a gallery with the appropriate name of Chinatown Soup. (Although it is actually on lower Orchard St., just where Chinatown is now starting to expand into the old Lower East Side).

Baidu is the default search engine at all the Internet cafes in Chinatown, but in China it is practically mandatory. Google is blocked there — along with Facebook, Twitter and the Web sites of Amnesty International and Human Rights Watch.

For the month that the Firewall installation was up, some 4,000 searches were logged, and eventually the results will all be browsable at the show’s Web site, Firewallcafe.com. The most obvious contrasts, you might imagine, come from the search “Tiananmen Square.” Google brings back iconic images from the 1989 protests and repression. There is of course not a trace of this on Baidu — strictly tourism shots.

In a cross-fertilization between Chinatown and the L.E.S. art scene, Apex for Youth, a program for underserved Asian communities in the city, organized classes of schoolkids to come visit the exhibition.
But what got Firewall Cafe into trouble was the pair of panel discussions that accompanied the installation, hosted by the Rivington St. tech collective Orbital.

The first, held Feb. 19, was entitled “Networked Feminism in China,” and was to feature, in addition to Lee, three activists from the People’s Republic. One was Lu Pin, editor of the Beijing-based journal and social media platform Feminist Voices. Lu was a mentor figure for the “Feminist Five,” young women who were detained for weeks last year after performing a piece of public protest theater to oppose sexual harassment on the Beijing subway. Another was Xintong Liu, a designer and “social innovator” who organized the first L.G.B.T. group at Xiamen University. But the next one can’t be named.

Lee will only say that this panelist works for women’s rights in China. After her name appeared on the announcement for the panel, her employer was pressured by government officials, in turn, to pressure her to cancel her participation in the panel.

Lee and her co-organizers removed her name from the announcement, and tried to scrub the Internet of any mention of her name in the context of the panel. This online purge didn’t help — the threats escalated. The decision was taken to drop her from the panel.

“I felt very guilty,” Lee said. “Here I am trying to do something supportive, and I got one of the panelists into trouble, inadvertently. I was caught off-guard. The panel was not even specifically related to censorship. It was about the role of the Internet in organizing support for the Feminist Five. To get this kind of backlash at an event about feminism was kind of shocking.”

The incident sparked a reckoning about the lineup for the next panel.
“We made a decision: No more Chinese nationals were to participate in our panels,” said Lee.

The second panel, on “Creative Hacktivism,” actually did touch on issues of censorship. One panelist was Jason Ng, author of “Blocked on Weibo” — a book examining what content gets suppressed on China’s answer to Twitter. Another was a stateside supporter of GreatFire.org, a group that documents the content-filtering of the Great Firewall — and attempts to circumvent it through technical creativity.

But the panel was itself censored, in a way — the Chinese nationals initially invited to participate were dropped.

It is unknowable how far up in the bureaucracy the decision to pressure the panelist emerged. And the pressure arguably backfired — the cancellation got Lee and her project written up in the Washington Post, certainly unwanted attention for Beijing. But the affair points to the fragility of freedom in a globalized age.

“As Americans we take our free press rights completely for granted,” Lee said. “A fifth of the world’s population doesn’t have the freedom to see the world the way we see it, unfiltered.”

However, Lee acknowledged that Google filters search results, as well — if in more subtle ways than Baidu. She says that the idea of her project was to take a “critical look at both Google and Baidu.”

Lu Pin has continued to speak publicly in Lower Manhattan — most recently at a March 23 panel on “Chinese Queer/Feminist Activists” at Bluestockings bookstore on Allen St.

Lee said she has to respect the decisions of Chinese nationals regarding how public they want to be in their activism.

Lee’s interest in China has a personal aspect. She grew up in Texas, but her parents fled the Communist takeover of China in 1949 — initially to Taiwan. Her 2012 film, “Unfolding Nai Nai,” is something of an oral history project, in which the family’s story is revealed through the memories of Lee’s grandmother — now 102 years old and still living in Taiwan.

Lee’s eyes were also opened by her 2011 artist residency program in China, where she had to use a VPN device to access the Web freely. (That’s a “virtual private network” that works by connecting to the Web through a computer outside China.) One friend she made in China, a young gay artist, later committed suicide — which Lee attributes, at least in part, to the closed atmosphere for people such as himself.

And things have hardly improved in China since then.

“Under Xi Jinping, the political climate is much more tense and fraught than it’s been in a long time,” Lee said.

She cited the findings of rights groups that China is now facing its harshest atmosphere since the repression of the Tiananmen Square protests in 1989 and the closing of political space in the aftermath.
And now that pressure was felt a world away on Rivington St.

“Censorship doesn’t just happen online,” Lee said, summing up her take-away from the affair. “It happens in daily life through intimidation and coercion.”