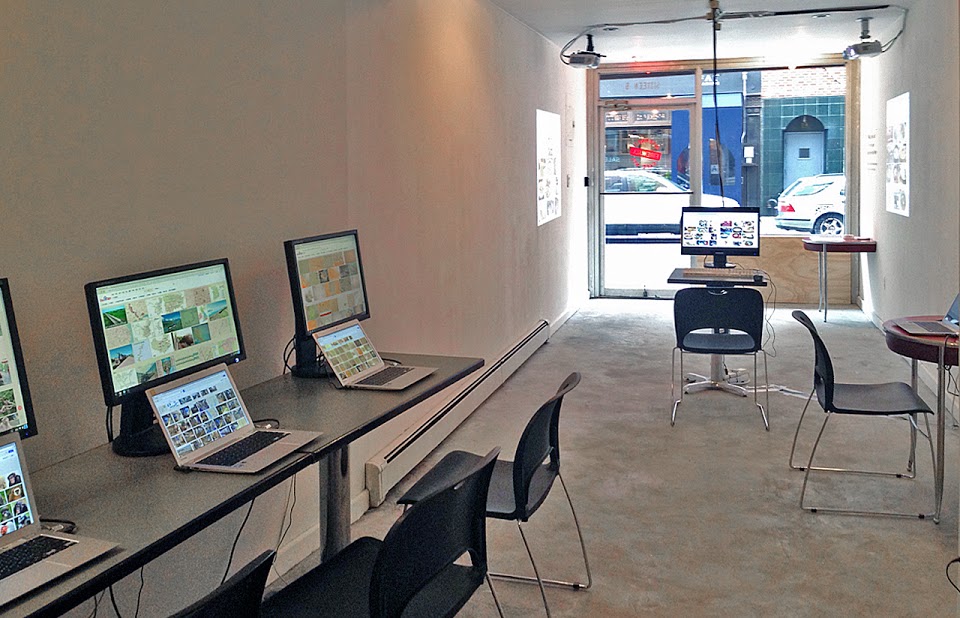 This story has all the elements of a 1990s cyberpunk thriller: hackers, foreign government agents, and multinational corporations. But this is terrifying reality in 2016. A collaboration between American and Chinese activists, artists, and programmers has resulted in FIREWALL, a pop-up internet cafe/art installation that lays bare the censored version of the internet mainland Chinese citizens have access to. When visitors search a term at one of the consoles, they see the results in both Google and state-controlled Chinese equivalent Baidu.. That gesture appears innocent enough—after all, FIREWALL merely presents the internet as curated by the Chinese state. Those very censors, however, seem pretty unhappy about it.

We spoke online  to a source involved in FIREWALL—who wishes to remain anonymous—about intimidation tactics used by the Chinese government to discourage participation in the project. We’re told that China has reached out to a Chinese business and pressured them to bar a Chinese employee from participating in an NYC event related to the exhibition last week. According to this source, it is common practice to send government agents—often students—to observe workshops and other programming deemed relevant to the state in an act of cultural espionage. It seems likely that an event hosted by the cafe was attended by an agent “to monitor it”.

“Censorship often takes form in social interactions and human relationships… For example, Chinese authorities will  exert pressure on a large company or employer if one employee is ‘saying too much.’ The company then is obliged to silence this individual, and if the subsequent results don’t appease the officials, then the government can flex their power over the entire organization. Censorship looks like manipulation and coercion of these working relationships. In America, I think we call this ‘blackmail’?

Those employers and employees were reportedly contacted by “multiple methods” but our source couldn’t divulge more details out of concern for the safety of those involved. When asked to elaborate, they replied:

Individuals and even corporations affected by censorship have to react in creative ways to avoid trouble: lead secret lives, change public names, publicly disassociate as much as possible from the targeted individual/party or sensitive material/terms.

Everyone involved was extremely surprised and shocked because we’re not gathering people at a large scale, and our discussion still focuses on this art project. Tangential issues like LGBT and women’s rights are often the target of censorship so make for substantial discussion, but we’re just educating, raising awareness, and giving people a look into censorship. I never anticipated censorship to directly affect FIREWALL in real life this way.

While it’s extremely disconcerting to know that China’s Orwellian obsession with restricting access to information extends to art events in New York, it’s promising to see how much positivity has come out of the project. From discussions around China’s burgeoning internet underground as a site of feminist discourse to cross-cultural discussions of power, FIREWALL is creating a politicized social space on-and-offline. The artist who created FIREWALL, Joyce Yu-Jean Lee, is willing to take some risk to engage with artists and activists across the globe.

Some collaborators I’ve never met face to face, we only collaborate virtually, and their location is undisclosed. Some I’ve met but do not know their real names or identities. Artistically, it was a very strange way to work, and I found myself wanting to ask personal questions like I would to a typical collaborator, but I’ve gotten used to letting those curiosities die in the creative process for the sake of individual security.

Instead, I focus on the common vision we share: examining Internet freedom from all angles… critiquing cultural and political biases from both sides: on American and Chinese access to information online. What forces curate, control, or dominate the information we have access to online? There are many forces at play both in the US and China: corporate interests, national security, political ideologies, etc.

To see the exhibition and try a Search Session yourself, head to Chinatown Soup (16B Orchard Street) today at 5p, where the pop-up cafe is located. Then at 7:30p, there will be a discussion about “Creative Hacktivism” up the street at Orbital (155 Rivington Street). More details are available here. Just watch your back, because chances are someone else will be too.